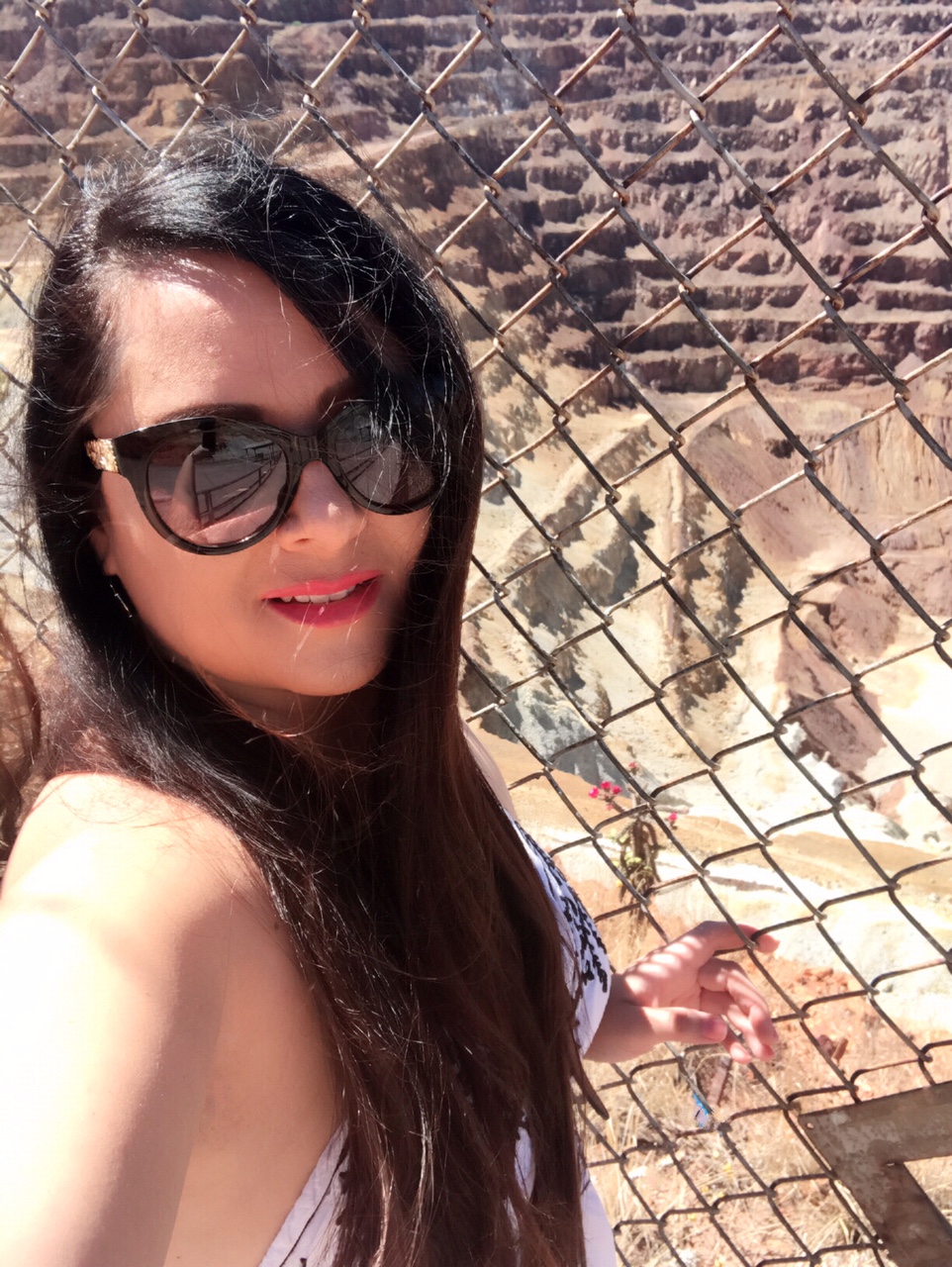 I took a day trip to a quaint and lively little town named Bisbee, AZ founded in 1880. Shortly after entering the town I parked my car at a visitor lookout lot to peer through the chain link fence that encloses the ghostly Lavender Pit and ponder my grandfathers. The open pit mine ceased operation in 1975 as a result of declining returns and like my grandfathers the active mine is an echo from the past.

My maternal and paternal grandfathers both worked in an Arizona copper mine in a tiny company owned town called Morenci, AZ.  I never had the opportunity to meet my Grandfather Elias because he passed away when my father was a teenager. My Grandfather Billy passed away when I was in kindergarten. Although I remember seeing him around his health was poor and I don’t remember having any conversations with him.  Just because I may not have known them doesn’t mean that I don’t think about them and it surely doesn’t mean that I don’t feel like they are part of me. I’m sure I encompass traits from both of them.

My Grandfather Elias was also a rancher. I imagine he’d roam his wide open ranch and live life with an admirable zest. Finding joy in the things that really matter. My Grandfather Billy worked diligently almost every day of the year in order to take his family on an extended vacation each summer.

While mining they spent countless hours underneath the Earth, shielded from the sun and testing the physical limits of the human body on a daily basis. Sometimes they’d work 30 days in a row before receiving a day off. They worked hard everyday to provide for their family and if they had any complaints it was never enough for them to give up.

I’m thankful for everything they did in their lives because they paved the way for me so I could get to where I am today. They worked hard so that future generations could hopefully have it a little easier.

And I do. Thank you.