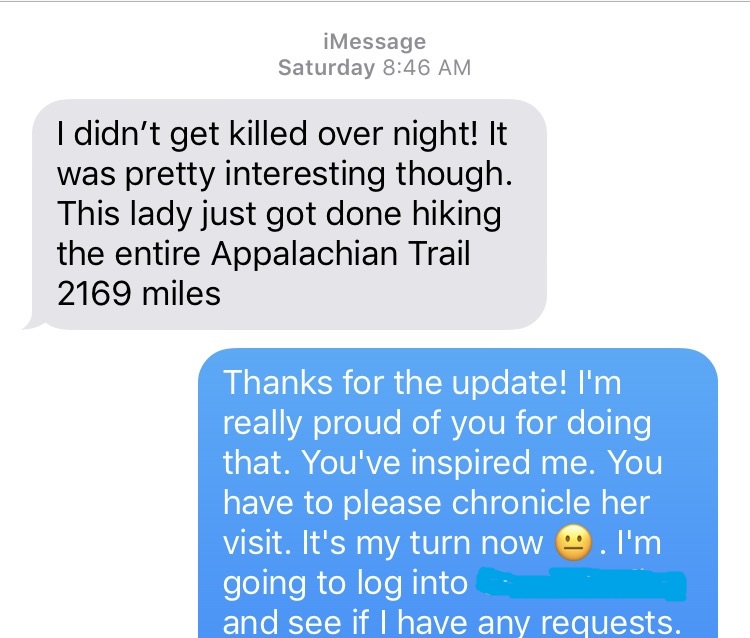 The work week was winding down to an end and a group of us were chatting, laughing and winding down as the workday was nearing to a close. Curtis came down the hallway and said “I took your advice and I’m hosting my first guest this weekend”. “What!?” I said. “This was my idea and  you’ve already surpassed me in what you’ve done already.”.

You have friends all over the world, you just haven’t met them yet.

It must have been less than 2 weeks ago that I told him about a service that connects members to a global community of fellow travelers. I joined about a year ago in preparation for a trip I made to Ireland, Scotland and England this past summer. I received some useful information, offers of places to stay and I even got invited to meet for a pint at Waxy O’Conner’s in London. I’ve offered my advice on hiking and camping spots near my city. Tonight I was invited to meet up with a local group of globetrekkers who are learning to speak Spanish but I have not offered to actually host anyone yet. 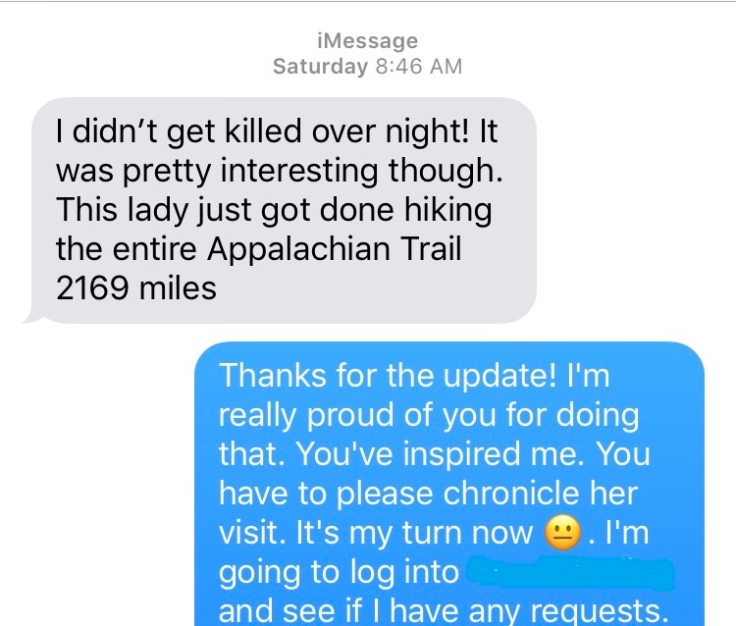 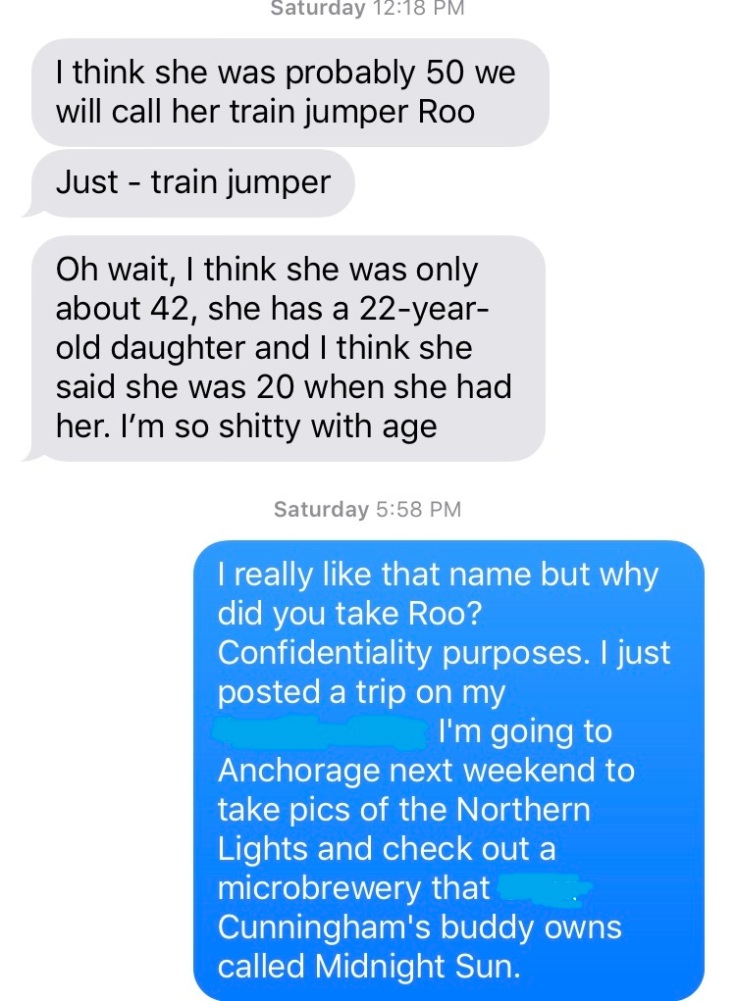 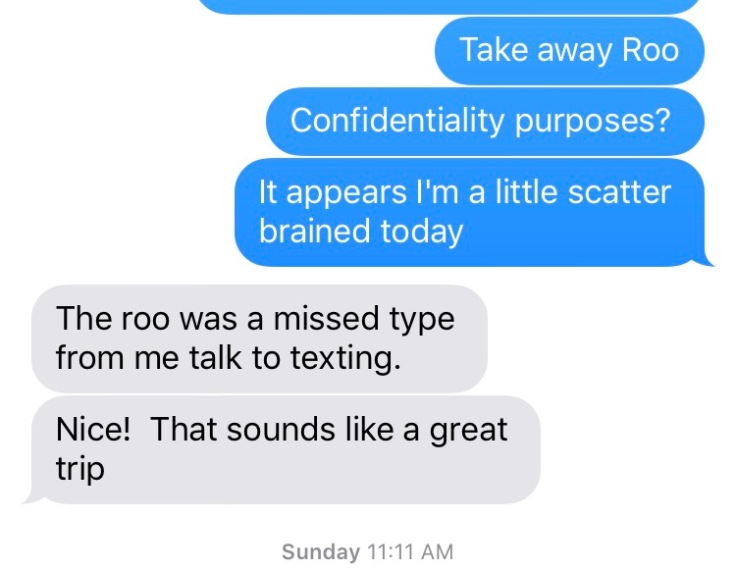 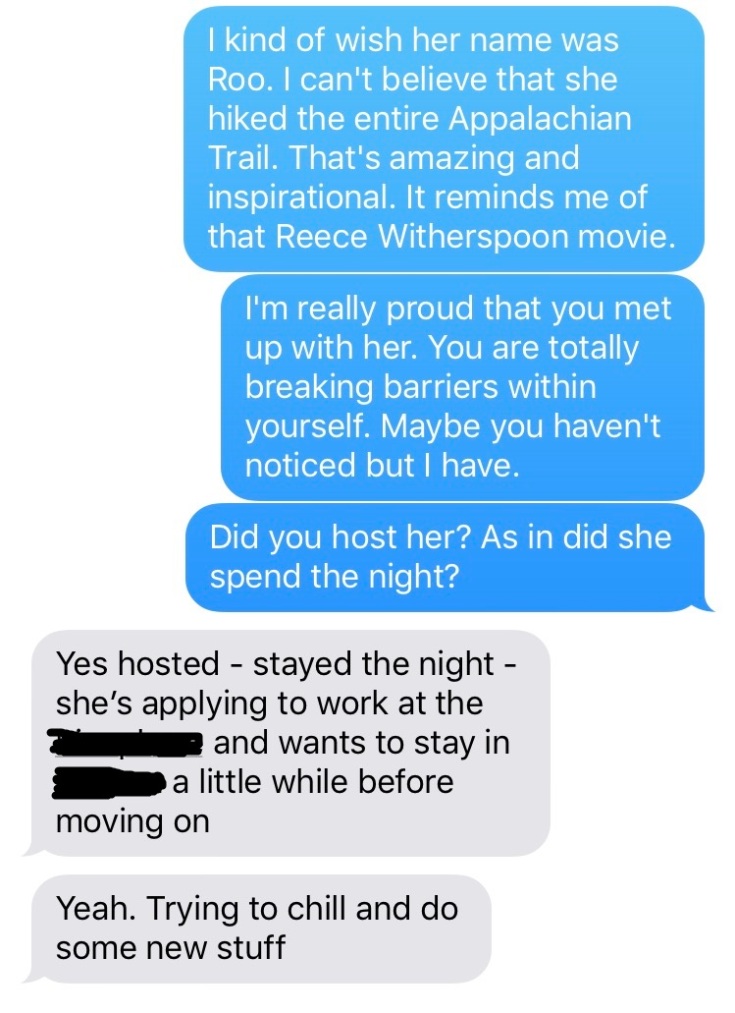 Train Jumper Roo had an amazing story. Her original plans after visiting Arizona were to bicycle from Texas to Florida but since the weather in that area has been unpleasant she was going to hang out in Arizona for a bit longer until the weather could improve. Curtis made her salmon for dinner and Roo brought eggs and bread with her to share for breakfast the following morning. Curtis and Roo shared a couple of hours of conversation in which she told him all about her adventures that include kayaking the Erie Canal, hiking 2169 miles of the Appalachian Trail and yes, she even jumped trains!

After dinner Roo settled into her sleeping bag on the other couch and watched an episode of Madmen with Curtis. In the morning Roo loaded her bicycle into the tiny car that she purchased for $300 and drove away. Roo is educated and used to be a teacher. Her daughter is a student at Cornell University. Roo doesn’t know this because I didn’t meet her but she’s an inspiration to me. She isn’t afraid to live life as she wants nor is she afraid to follow the path of her own choosing. She seems to be living life each day to its fullest. 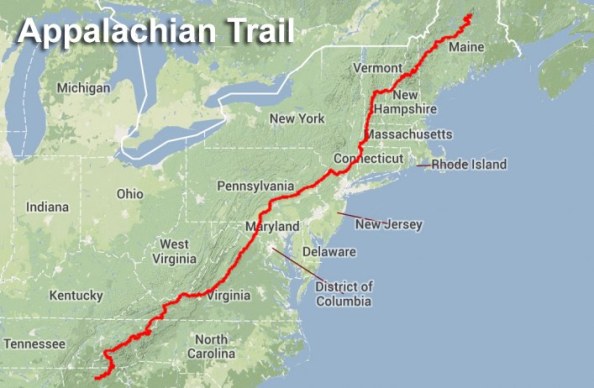