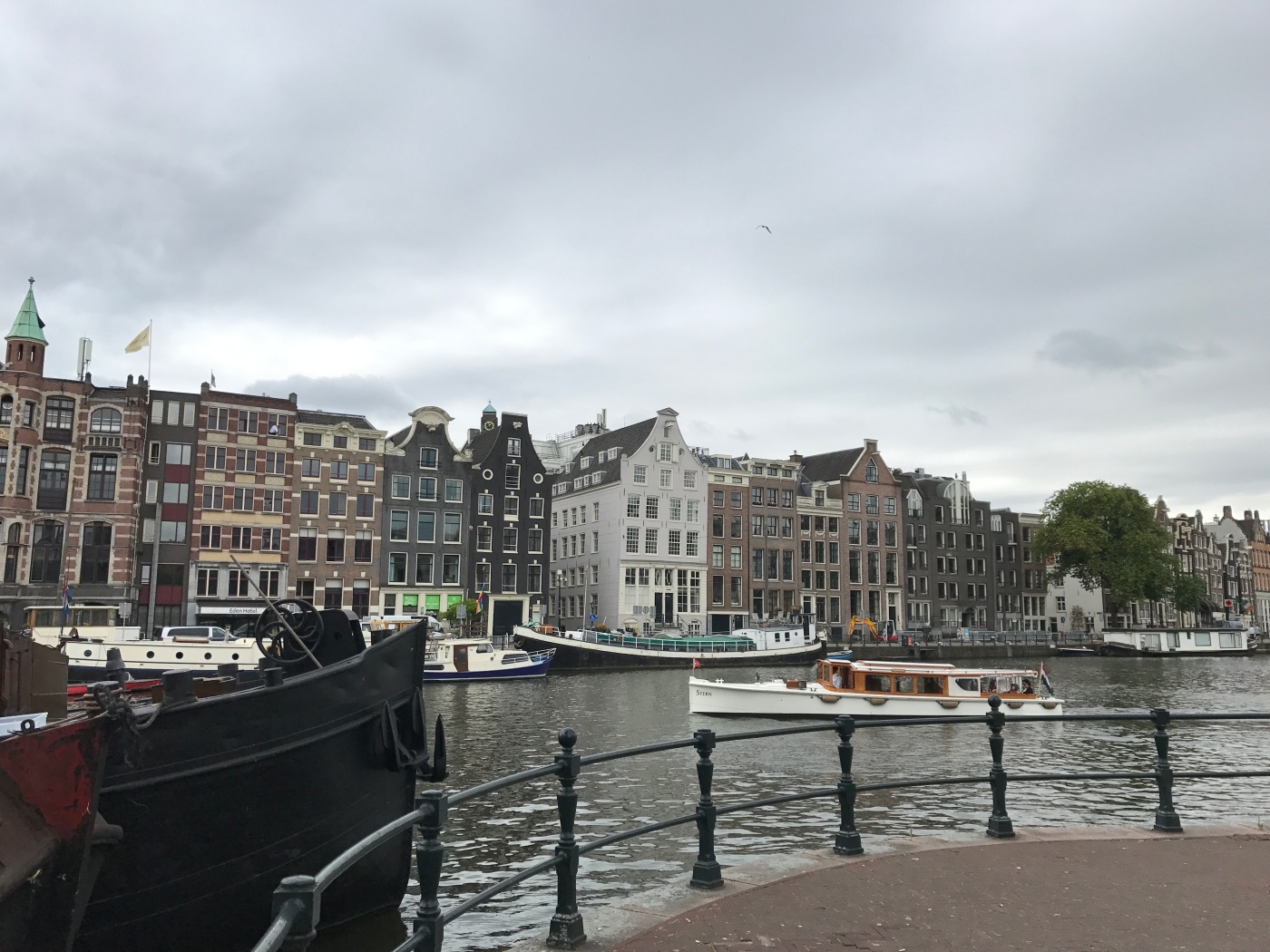 Wow! There aren’t words to describe the feeling Amsterdam gives me. It’s wonderful, beautiful to look at and the weather is splendid. I can’t believe I’ve waited this long to visit. It’s so hard for me to visit a place twice when there’s so much of the world out there left to be seen but I must say that a longing to visit Amsterdam again will remain with me.

As I’ve mentioned before the sun sets so late this time of year. The train the night before arrived in Amsterdam just before 8:30 pm. A short ferry ride across the IJ River was all it took to get me to my hotel. Riding the ferry was an experience in itself. A crowd of people waited for the ferry to arrive and when it did the gate dropped and a buzzer sounded. Pedestrians, motor bikes and bicycles all got on and off. I worked my way into the chaos all the while trying to pretend I wasn’t a tourist. The public transit system is phenomenal. The hotel is amazing!

Although the building was made in 1971 the decor was modern with a nod to the past (see the video below of one of the hotel elevators). There is a an overall music theme. Housed in the same building is Sony Music and Gibson Guitar. By the time I was all checked in and had finished eating the dinner that was delivered my room it was close to midnight so it was an early night to bed for me. 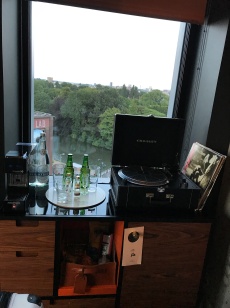 After breakfast I made my way towards town stopping every few minutes to photograph something new. I made a visit to the Anne Frank House. As you can imagine the visit there was very somber. It’s hard to believe that 8 people were able to hide in such a tiny space for over 2 years. I was most blown away by the Nazi Party propaganda posters and how they seemed so positive and cheery. The posters were aimed at all ages including  many geared towards children. It was clear that the Nazi Party thought it was never too young to begin to teach to hate. There is also a museum built around the Anne Frank house which displayed many reminders of the horror of the Holocaust.

Since I was in Holland I decided to have a Dutch specialty for lunch, pancakes! There are so many pancake varieties that are both sweet and savory. My pancake of choice was one that included rum, bananas and whip cream. It paired well with my Heineken. 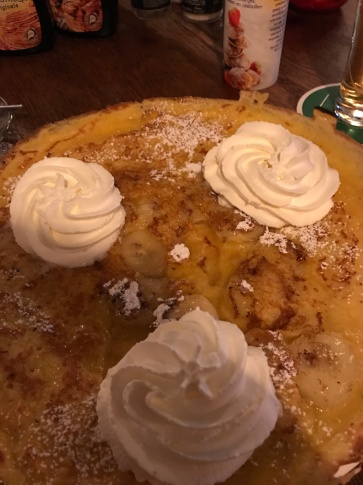 The exploring continued for hours after and still I did not even make it to the popular area that Amsterdam is known for.

Until tomorrow….I’m off to ride an Amsterdam bicycle!